Instructions on how to use the student side of Canvas.

Instructions on how to use the Instructor side of Canvas.

Want to see exactly how it's done? Check out our series of short video tutorials ! 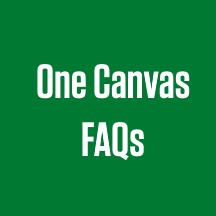 Have questions about the migration to one instance of Canvas? Check out these FAQs. 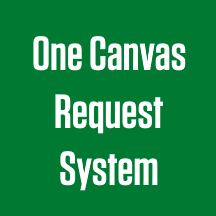 Need to combine courses, add users to a course, or request a development (sandbox) course. These requests can now, easily be submitted using the Canvas Request system.

What is Canvas? - Learn more about this 21st century, revolutionary learning management system.

Which browsers support Canvas? - Canvas generally supports the most recent versions of Internet Explorer, Firefox, Chrome, and Safari, as well as the mobile versions of each.

What are the basic computer specifications for Canvas? - Canvas will work on a wide variety of computer systems, but it is usually best to have a computer that is no more than 3-5 years old.
*The standard life cycle of computing technology is around 3-4 years*

Will Canvas work on my mobile device? - Canvas has apps available for both students and instructors on iOS and Android devices. The Canvas by Instructure app (iOS, Android) is the Student version of the app and allows students to do nearly anything in the app as they would be able to do on the web version. The Canvas Teacher app (iOS, Android) is the Instructor version of the app and allows the instructor to edit their courses, maintain their assignments and quizzes, and grade assignments all on a mobile device.

How do I enter a custom grading scheme?